The Museum Society is pleased to work with Les Beatitudes and Haw Par Music as part of the Heritage x Music Festival to present a guided viewing of Passion Path to Cantonese Opera (Heritage • Journeys Continued exhibition) with a demonstration by Ms. Li Pui-yan (Eliza).  The visit will also include a tour of the revitalized Haw Par Music, now listed as a Grade 1 heritage building.

The first part of the programme will bring you into the world of Cantonese opera through the eyes of a third-generation opera performer and costumes handed down from family and other master artists. Ms. Li Pui-yan will share what it is like growing up in a family of Cantonese Opera heritage and how she decided to follow her heart into a world of wonders.  We will enjoy a selected singing presentation from Ms. Li of “Loyal to Love”, a Cantonese opera about the love story between Song Hong, a famous historical figure from Eastern Han dynasty, and his wife.

Some of the items presented in this exhibition include a Princess costume, a dress for rich unmarried lady with elaborate sequins, a rare hair ornaments, an interesting selection of shoes, as well as a 3D dressing table.

Les Beatitudes is a not-for-profit organization and a social enterprise founded to support groups in need.  The aim is to connect different social groups within the community and create opportunities for stakeholders. Projects include recycling something old into new products.  Arts and heritage are infused into the designs to create new narratives about the history of Hong Kong.

Haw Par Music (previously known as Haw Par Mansion). The building together with its private garden was built by Aw Boon Haw, who was known as “The King of Tiger Balm”. The Mansion was built in the 1930s, as Aw’s private family residence and the Tiger Balm Garden adjacent to the Mansion, was opened for public enjoyment.

Architecturally, the Mansion was built in an eclectic style with a blend of Western and Chinese construction methods. Over the years there have been limited changes to the Mansion, allowing it to retain many of its original features. The restoration project began in June 2016, and was formally opened in spring 2019 as the Haw Par Music, a centre with the aim of providing cross-cultural exchange through music, heritage and the arts with social initiative.

Born in New York from a family of Cantonese opera heritage and a graduate from Wellesley College, Ms. Li Pui-yan (李沛妍) has studied under numerous famed Cantonese opera performers.  Since her debut as principal actress in Floral Princess (Youth Edition) in 2007, she has performed for the Hong Kong Arts Festival, Chinese Opera Festival, Macau Arts Festival as well as the benefit inaugural performance at ASHK’s Miller Theatre.  Her repertoire ranges from classics to new productions such as Deling and the Empress Dowager Ci Xi and Arrant Revenge, an adaptation of Shakespeare’s Hamlet.  Recently, through working with artists from other disciplines, such as Ming Wong and Mariko Mori, she is inspired to further explore the cross-disciplinary potential of this traditional art form. Aside from performing, Ms. Li is devoted to the English translation of Cantonese opera librettos and has served on the Cantonese Opera Advisory Committee in Hong Kong for various terms. 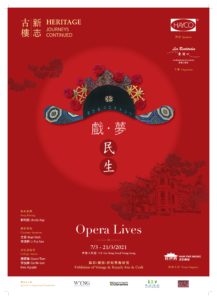 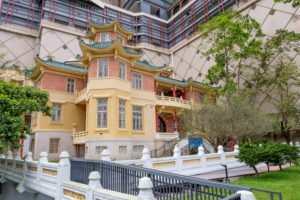