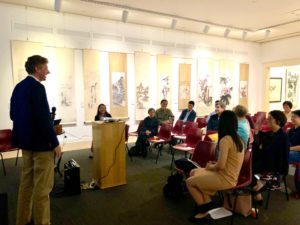 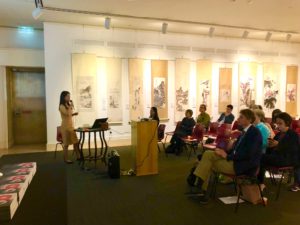 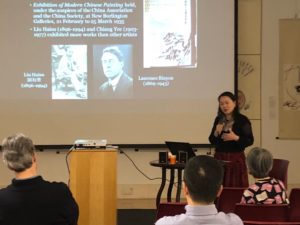 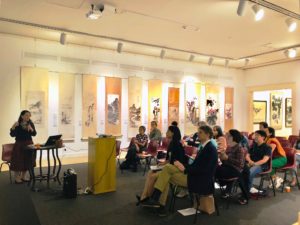 The HKU Museum Society and the University Museum and Art Gallery are pleased to present not one but two lectures related to the “Tradition to Contemporary: Ink Painting and Artistic Development in 20th-century China” exhibition currently running at UMAG.

The Reputation of Hong Kong Painters in the British Art Scene

Over the past few decades, the art of modern and contemporary Chinese artists from mainland China and that of the Chinese diaspora were in the spotlight in international art markets and exhibitions. For Hong Kong art, paintings and calligraphy by Fang Zhaoling (1914-2006) and Lui Shou Kwan (1919-1975) have recently gained much attention from museum curators, gallery owners, collectors and scholars, who contributed to organize centenary or special exhibitions and conferences for these celebrated painters in Britain, Hong Kong, mainland China and beyond. This talk throws light on the ways in which modern Chinese painting was collected, displayed and interpreted in Britain in the second half of the twentieth century. It examines the roles of dealer, curator and scholar in establishing the international reputation of Hong Kong painters, including Lui Shou Kwan, Fang Zhaoling and Wendy Yeo (b. 1937), whose works were widely exhibited in galleries and museums across Britain from the 1950s to the present.

Michelle obtained her PhD in Art History from the University of St Andrews in the United Kingdom. She has undertaken extensive research into the reception of Chinese painting in Britain from the late nineteenth century to the twentieth. Her publications include edited books entitled Beyond Boundaries: East and West Cross-Cultural Encounters (2011) and The Reception of Chinese Art Across Cultures (2014), and a number of articles in periodicals such as Burlington Magazine, Museum History Journal, Journal of the History of Collections, Arts of Asia, and Orientations. She currently works on her new book, The Reception of Early Chinese Paintings in Britain: Collecting, Display and Interpretation, which will be published by Manchester University Press.

After the Sino-Japanese war, art exhibitions in Hong Kong reached unprecedented vibrancy due to the influx of Chinese artists, many of whom were trained in the Lingnan and Canton schools. Due to the semi-private nature of exhibiting as part of the artists’ regular agenda of elegant gatherings (ya ji 雅集), these exhibitions appeared relatively inaccessible to the public and unheard of in the community of Western style art practitioners. Since the 1960s, with the inauguration of the City Hall Gallery, Hong Kong has witnessed increased professionalization and institutionalization of exhibitions equipped with a transcultural approach. At the same time, the social aspects of the Chinese collectors’ associations became increasingly vital in nurturing Hong Kong’s modern art scene. Key figures in the recent history of collecting Chinese art and antiquities were also active in patronizing their contemporary artists living in Hong Kong. To understand the transition of exhibition culture against the backdrop of the shifting patronage activities is meaningful, as it forms an integral part of the broader social art history of Hong Kong during the 1950s and 1970s.

Shuo Hua is a PhD candidate at the Hong Kong Institute for the Humanities and Social Sciences, University of Hong Kong. She was a Lee Hysan visiting research fellow in Global Art History, participating in the Cluster of Excellence: Asia and Europe in a Global Context, University of Heidelberg (2017). Her research interest focuses on 19th-20th century Chinese art and commodification of art in the East Asian context. Native from Nanjing China, Shuo received her BA in Economics from the University of Pennsylvania.