The HKU Museum Society is delighted to be extended a private viewing of #popcolours: The Aesthetics of Hues in Antiquities from the HKMoA Collection with Collector Mr. Anthony Cheung Kee Wee and Assistant Curator of Chinese Antiquities Hilda Mak.  They will take us on a fascinating journey exploring the colourful world of ancient artefacts and exquisite craftsmanship.

“Once used as daily wares, artefacts often feature colours and patterns comparable in style and beauty to the modern designs of today.  Besides reflecting the personal taste of their owner, the designs of artefacts could also be influenced by religious beliefs, rules and etiquette, shaping the aesthetic trend of the times. In ancient China, a scheme of “five prime colours”, was commonly adopted, consisting of blue, red, yellow, white and black, which featured prominently in everyday life.”

More information about the exhibition can be found at:
https://www.lcsd.gov.hk/CE/Museum/Arts/en_US/web/ma/exhibitions-and-events/popcolours-the-aesthetics-of-hues-in-antiquities-from-the-hkmoa-collection.html 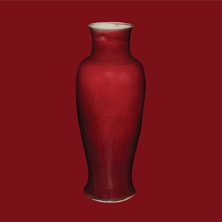